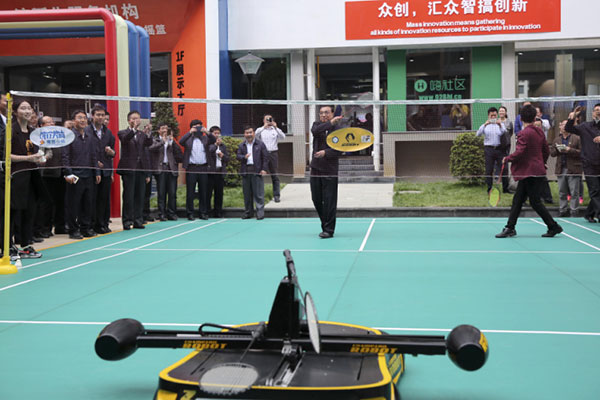 Premier Li Keqiang visits the Jingrong makers town in Chengdu, capital city of Southwest China’s Sichuan province on April 25, 2016 where he was invited to play badminton with a robot designed by one of the town’s start-up teams.