The Premier and Greek PM jointly meet with the press 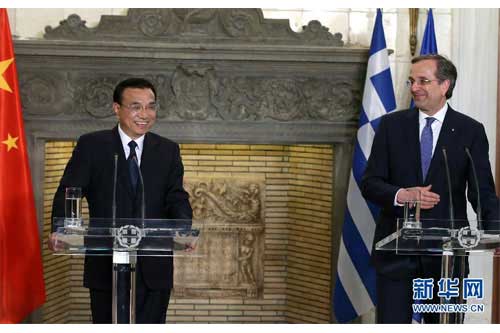