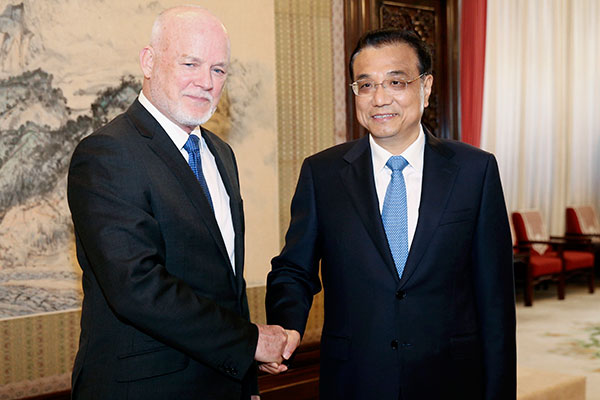 Premier Li Keqiang meets with Peter Thomson, president-elect of the 71st Session of the United Nations General Assembly, in Beijing on Aug 26, 2016.[Photo/Xinhua]