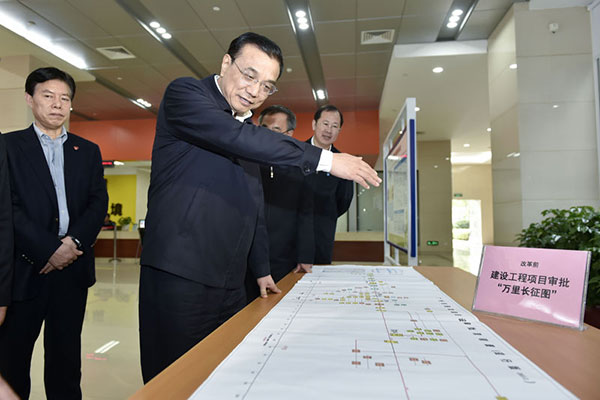 Premier Li Keqiang visits the Nansha area in the Guangdong Free Trade Zone and looks at a chart that explains the 799-day approval process for an investment project in the free trade zone’s Nansha area, Jan 5, 2015.