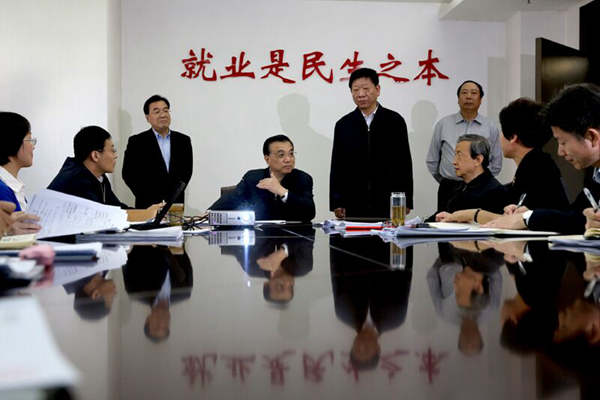 Premier Li Keqiang talks with officials when he visited the Ministry of Human Resources and Social Security in Beijing on Feb 6, 2016.