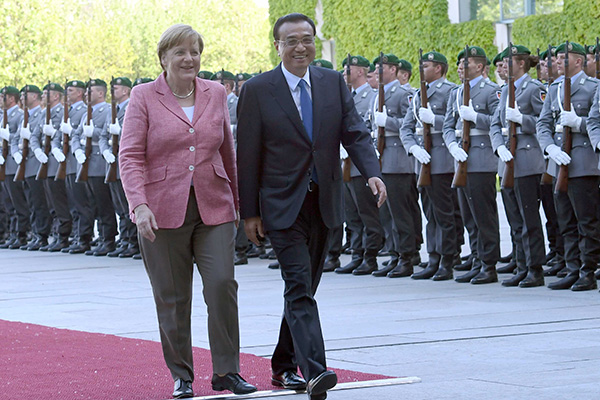 Premier Li Keqiang (R) attends a welcome ceremony held by German Chancellor Angela Merkel before an annual meeting between Chinese and German heads of government in Berlin, Germany, May 31, 2017.[Photo/Xinhua]