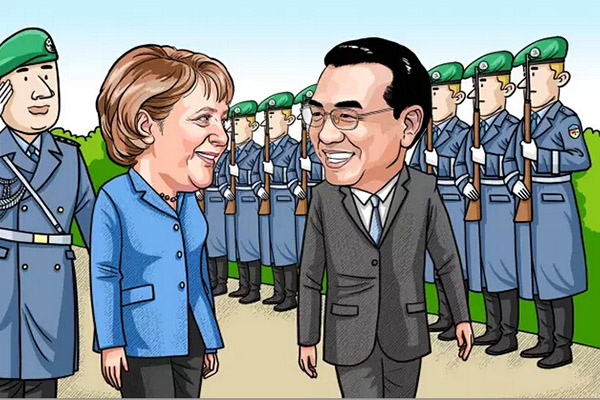 German Chancellor Angela Merkel held a welcome banquet for Premier Li Keqiang at Schloss Meseberg in Germany in May 2013. It was the first time Premier Li was visiting Germany after taking office.