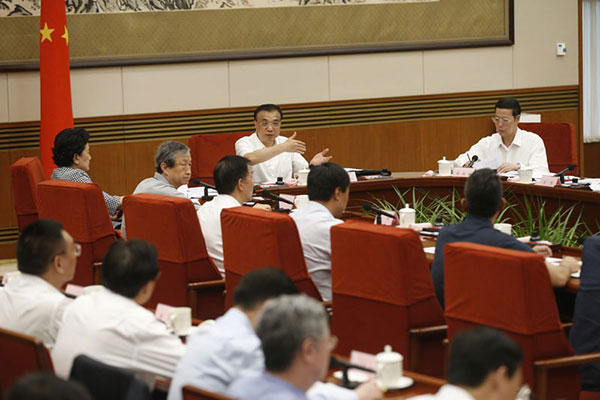 Premier Li Keqiang speaks at a symposium with experts and entrepreneurs on July 11.