Premier Li Keqiang visited a chunk of high-standard farmland in Changge city, Central China’s Henan province, during his tour to the province on Sept 24.

New forms of businesses and emerging industries have great potential, Premier Li said during a visit to Henan province. 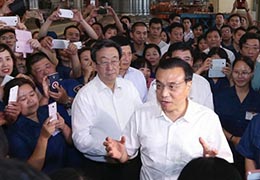 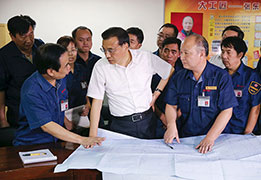 Premier Li said that the government hopes to lead more fellow villagers to start their own businesses and, so as to support the city-industry integration - a new type of urbanization.

Premier Li called for various kinds of appropriate scale management according to the situation of China’s countryside during a trip to a farmland in Changge of Henan province on Sept 24.

Critical illness insurance to cover all citizens this year

Premier Li said all residents in urban and rural areas must be covered by critical illness insurance this year, an important part of China’s medical insurance system.