Premier Li said free trade account reforms, being tested in the Shanghai Free Trade Zone, could expand to other areas.

China-CEE cooperation gets on fast track

Heads of governments from CEE nations take a bullet train ride to highlight cooperation with China after the annual summit.

China to boost ties with Serbia

China and Serbia should work together to implement key agreements, Premier Li Keqiang said on Nov 26.

CEE countries expect to bring their bilateral ties with China to a new height under the framework of China-CEE cooperation.

China is set to further strengthen cooperation with Central and Eastern European countries at this year’s China-CEE Summit. 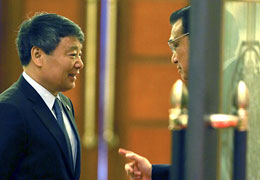 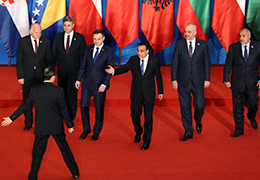 The fourth Meeting of Heads of Government of Central and Eastern European Countries and China will be held in Suzhou, Jiangsu province, on Nov 24-25.

The practice of free trade accounts should spread to places that meet related requirements.

China will be able to avoid the middle income trap by 2020 so long as it keeps an average annual GDP growth above 6.5 percent in the next five years.

Presiding over the fourth China-CEE Summit in Suzhou, Nov 24

The prosperity and progress of a country depend on the creativity of all people.