While on an inspection tour in Shanghai on April 10-11, Premier Li called for further improvements in the business environment.

Premier Li, during an inspection in Shanghai, paid a visit to a jointly owned anti-cancer pharmaceutical firm on April 10.

Premier Li paid a visit to the Shanghai FTZ on April 10, calling for further improvement in the business environment. 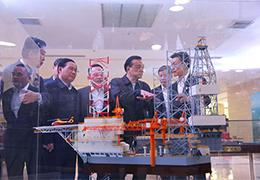 Health departments should tap into medical resources, making sure patients have easy access to good doctors through computer screens.

Shanghai should exert more effort to improve the business environment, and reduce institutional costs to upgrade the free trade zone.